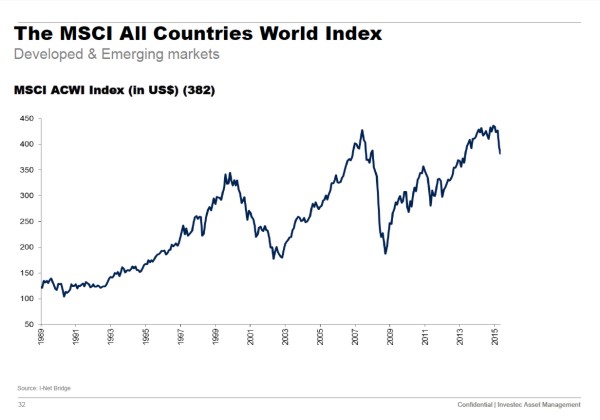 There were three major driving forces behind these market movements: 1. China’s economic transformation: Chinese authorities have been steering the economy away from investment led growth to consumer and services led growth. In the graph below, we show that the policy has largely had the desired impact. However, economic growth has faltered. In the third quarter, fears mounted that the Chinese economy was growing at a much slower pace than previously anticipated. In addition, the government unexpectedly devalued the currency. Markets became more concerned about the lack of transparency in Chinese data. 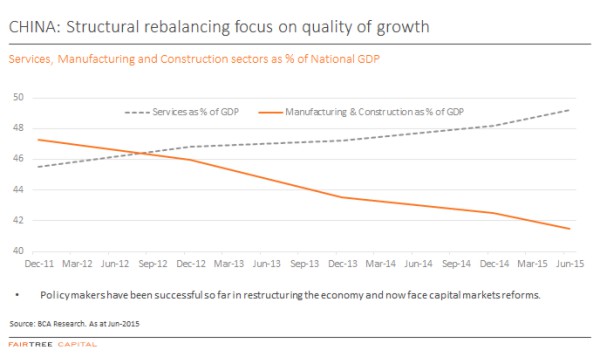 2. Falling commodity prices: The fall in commodity prices is related to China’s changing growth strategy. Over the last decade, China has become the most important consumer of commodities. Their change in strategy has resulted in dampened demand for commodities. In addition, slow global growth has also added to sluggish demand from elsewhere. Commodity companies have not yet responded by cutting supply sufficiently. The FTSE Resources index declined by 26% in US Dollar terms in the third quarter. 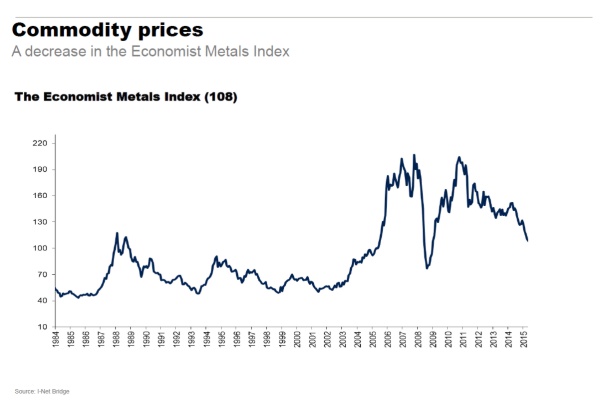 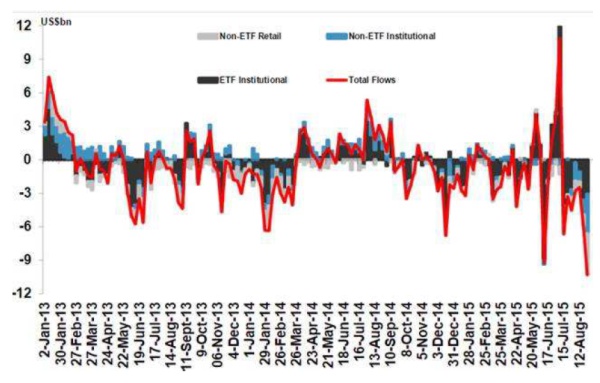 In September, the Federal Reserve decided not to raise interest rates, postponing the inevitable yet again. The decision was based partly on fears for market instability and partly on indications that US inflation was well under control. The fallout in emerging markets was severe. The South African rand’s decline of 12% against the US Dollar in the quarter was moderate against the declines of the Brazilian (21%) and Russian (15%) currencies and in line with the decline in the Turkish lira (11%). Emerging market policies have not contributed to confidence as evident in the downgrade of Brazilian debt to junk status during the quarter. The Rand’s performance is now close to bottom of the log since the start of the year, prompting many analysts to declare the currency being significantly undervalued. In past newsletters, we published the long-term graph of the currency. Contrary to current belief by many South Africans, the currency has experienced long periods of recovery after previous blowouts.

Another characteristic of current markets, is the concentration of asset flows to certain markets and types of assets. It has resulted in the underperformance of already cheap assets. An example is emerging market equities, which has gone from good value to sell out prices over the last year. Within our market, shares which are considered good value have underperformed growth shares significantly –the growth index rose by 3% in the last quarter, while the value index declined by 10%. This has resulted in many active managers taking longer-term views underperforming in many markets. Significant corporate news: In Europe, the big news was the Volkswagen scandal. The company, a highly trusted brand, admitted to cheating on US emissions tests. The revelation drove Volkswagen shares down sharply and had a knock-on negative effect on other European car makers. Glencore’s share price fell by 30% in a day after an analyst report questioned the balance sheet strength of the company. It has subsequently recovered the losses. However, the company has announced massive capital restructuring plans. Implats also announced a capital raising in addition to not paying a dividend this year. AB Inbev announced an offer for SAB in the third largest global deal ever. The share price rallied 25% in the quarter. Post-quarter end, SAB announced acceptance of the deal. However, it could still take months until the deal is complete with many regulatory hoops to jump through. Outlook for South Africa It is not difficult to see that the fundamental picture for South Africa remains bleak. Our reliance on commodity exports, largely to China makes us vulnerable to slower Chinese and global growth. There are few policy measures at our disposal to defend the currency or the weak economic situation since both the current account and the budget are already stretched. Despite the weakest economic environment since 2009, it is likely that the monetary authorities will have to raise interest rates once the US start raising interest rates to protect the rand. In addition, the large divide between rich and poor and the government’s socialist policy response, is showing up in increasingly angry protests by students and residents against government. A further downgrade in the South African credit rating is likely. However, the question is as always, has the market priced in this information? As indicated by the dividend yield, the South African equity market is not expensive. However, within the market there is huge divergence in ratings of companies – the difference in ratings between for example resources and construction shares and high quality industrial shares is stark. It is therefore a stock pickers market. 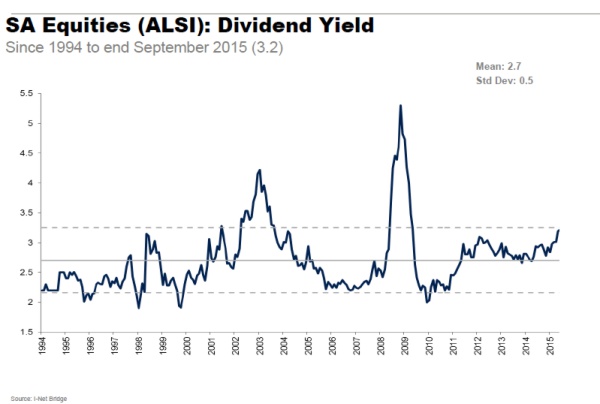 South African assets have priced in lots of fear. We caution yet again, not to take knee jerk reactions based on what you see right now. Now is the time to focus on the long-term, which might require ignoring your quarterly investment statement. Investors have been shown to systematically destroy value over time by selling on fear and buying on greed. It reminds me of a humorous illustration of investor behaviour Fairtree Capital included in their latest newsletter: 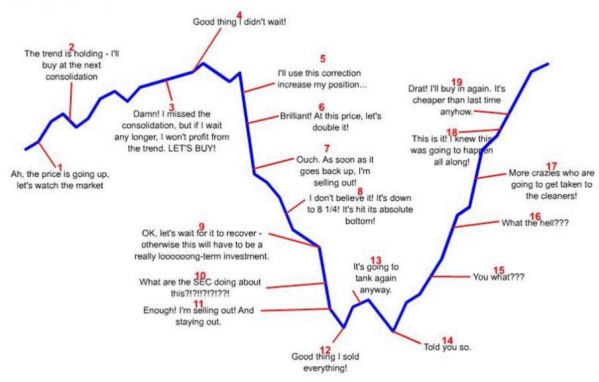