The start of 2019 has seen most investors relieved by the recovery experienced on all fronts following a tough end to 2018. Markets bounced back sharply erasing most of the losses incurred in the fourth quarter. 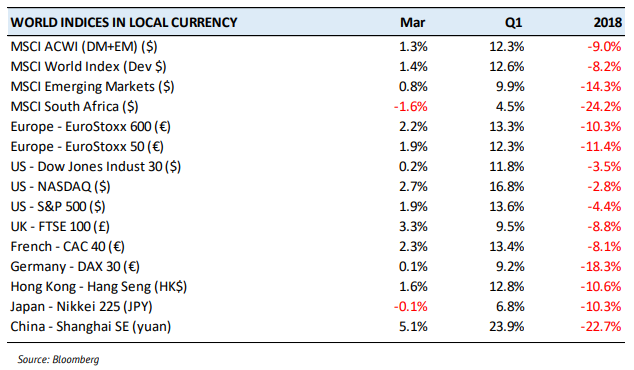 For investors that stayed the course the effects of 2018 are now negligible.  For those that jumped ship it could be catastrophic. A long term outlook is a continued necessity when it comes to investments.  People are more optimistic about equity markets, but that doesn’t negate the need to look at the fundamentals to see if the uptick in prices is sustainable.

Can Trump make economics great again or has he failed already?

In late 2017 Trump implemented tax reforms to boost the US economy. The desired outcome was to boost growth and allow companies to increase their capital expenditure. Lower tax payments meant increased disposable income and consumer spending, but only temporarily. As tax specialist, William Gale of Urban-Brookings Tax Policy Centre explained: “If you are tired in the afternoon, that will get you through the rest of the day, but a steady diet of sugar and caffeine is not healthy.”

On the corporate side companies held off on capital expenditure and rather bought back their own shares. According to an analyst at Goldman Sachs, the fourth quarter of 2018 saw American companies buy back around $240 billion worth of shares. The graph below illustrates these buy backs by S&P 500 companies. Currently we have a scenario where companies are net buyers of equity and everyone else is selling their shares. Goldman Sachs are expecting mutual funds, pension funds and individuals to sell roughly $400 billion in shares this year. Whether the increased GDP in mid-2018 was solely attributable to the tax reform is a contentious topic. 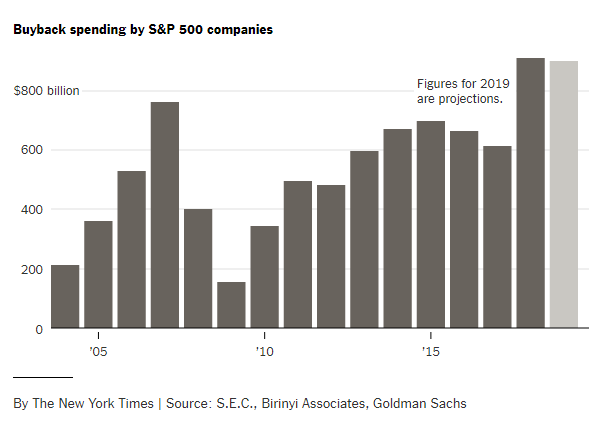 The question is whether US GDP growth is declining. With a lot of factors pointing to the contrary it is worth taking note of the steady decline in US GDP since Trump took office. This coupled with the fact that we have an inverted yield curve (where short term interest rates are higher than long term rates), points to the increased probability of a recession in America.

Brexit, Flextension and the deal that loves to fail 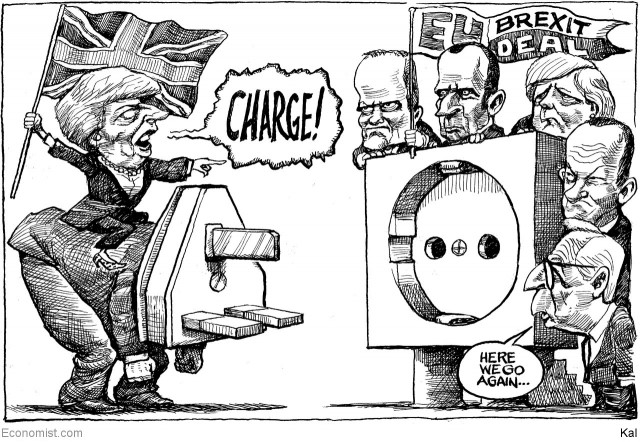 A number of deadlines for Brexit have come and gone. British Prime Minister, Theresa May tried and failed to get approval for her Brexit deal three times. The only thing the UK parliament could agree on was that they had to delay Brexit to avoid a no-deal scenario. The European Union has offered an extension to 31 October, with the flexibility to leave before that if the UK parliament can agree to a deal.

The European Court of Justice has said that the UK could cancel Brexit without the agreement of other EU nations. Politically this is unlikely to happen. May has vowed to work alongside the Labour Party to come to some form of agreement, even suggesting for the first time some other options to her Brexit deal.

The “Flextension” gives parliament another 7 months to agree on a deal. While most Brits would be happy to see an end to this dragged-out process, investors would also have a clearer picture of the impact if a deal was finalised. The uncertainty around what deal will be accepted has created volatility within markets. We will keep an eye on discussions between the Conservative and Labour Party in coming weeks that should provide more clarity. 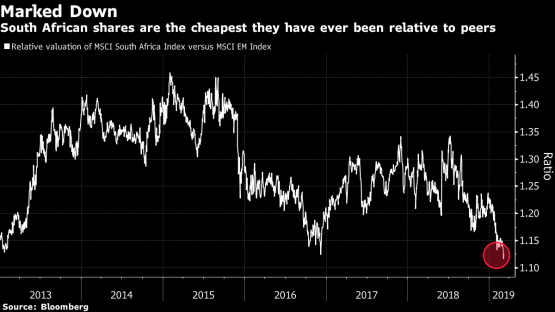 The graph above compares the valuation of the MSCI South African Index to that of our emerging market peers. At its lowest levels it indicates how cheap the South African market really is if compared to our peers.

With a very cheap market and companies sitting on large cash piles it would be possible to unlock value in our markets if we can get business to be more upbeat. Our focus will be on whether Ramaphosa and the newly elected government can instill confidence after the elections.

SA and the Elections

On 8 May South Africans will cast their vote at the ballot box and choose between a record 48 different parties. As political parties ramp up their campaigns there will certainly be more volatility and noise in both our equity and currency markets.

The early polls indicate that Cyril Ramaphosa’s ANC has enough support to win the elections with a majority. The big risk within the ANC is whether Ramaphosa’s faction is strong enough to weed out the corrupt and implement policies crucial for South Africa to recover from our growth slump. With names on the ANC’s parliament list that are implicated in State Capture during the Zondo Commission we question whether he is in full control of his party.

The first quarter of 2019 saw a recovery where assets recovered the losses made in the latter half of 2018. Global equities gained 12% in dollar terms with Emerging Market up almost 10%. Resources on the JSE continued with its stellar performance adding 18% in the first quarter. The SA Inc. basket of shares made up of mainly retailers and banks have been disappointing during the first quarter. Fears of further load shedding and further petrol price hikes have put a damper on consumer spending.

We are living through extraordinary and uncertain times. We believe a diversified portfolio with a long-term outlook will stand you in good stead. As Robert Arnott said, “In investing, what is comfortable is rarely profitable.”