South Africa participated in the global equities rally as the United States confirmed that there will be no more interest rate hikes in 2019. Equity markets around the globe cheered the news with double digit growth achieved in most emerging market countries for 2019.

Uncertainty has become a part of our everyday lives with the developed world leading the way. Leaders seem to be somewhat indecisive with no clear direction on what the desired outcomes should be. Uncertainty brings volatility that leads to anxiety for investors. The three points below are indicators of what could shape the second half of this year.

More of the same in geopolitics 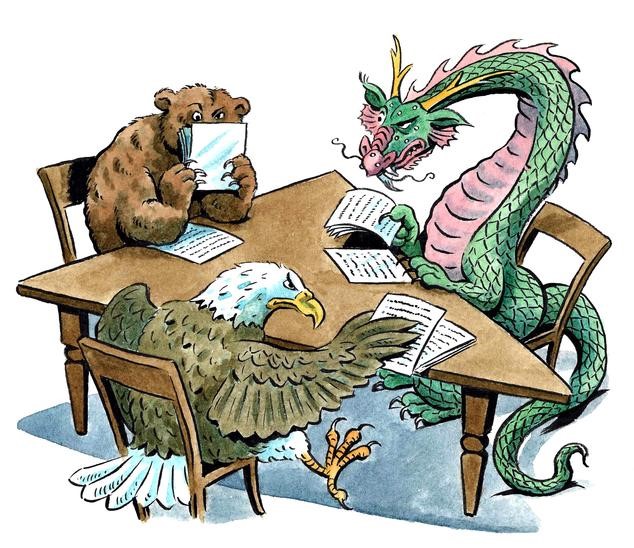 In the United Kingdom the conservative party is gearing up to vote for a new prime minister on 23 July. Boris Johnson is the clear favourite in this race. His hard stance that the United Kingdom will leave the European Union by Halloween is seen as a risk to some, as parliament has blocked a no-deal plan before, and a no-deal Brexit is highly undesirable for business.

President Donald Trump waged a tariff war against the world. In the second quarter we went from a truce with China to a Sunday tweet that put tariffs back on the table. Trump also found new targets with fresh tariff threats made to Mexico, India and the European Union countries.

In the Middle East, tensions in the Arab Gulf ran high when a US drone was shot down by Iran, who claimed it flew into Iranian airspace. The US were “cocked and loaded,” ready to strike back before President Trump called off the attack citing that the death of Iranians is not proportionate to the downing of an unmanned drone. These countries have been at loggerheads ever since the US withdrew from the Obama-era nuclear deal and imposed new sanctions on Iran.

A slowdown in global growth: How will central banks react? 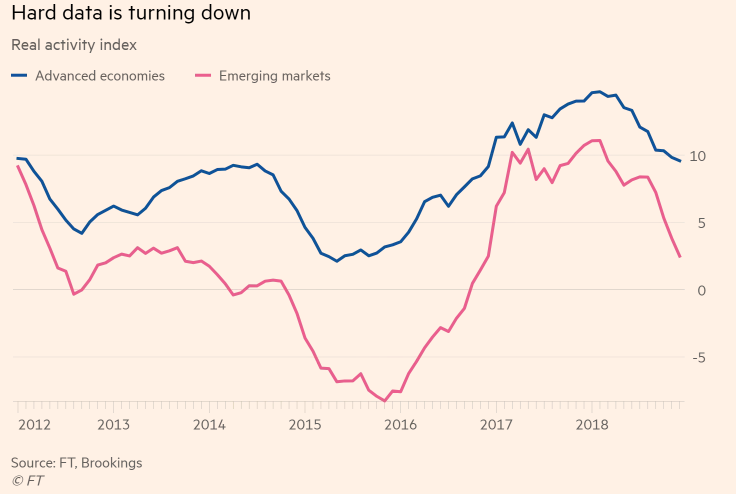 While global leaders are battling it out, the International Monetary Fund revised global growth down from 3.6% to 3.3%. They project a slowdown for 70% of the world’s economies in 2019. The Brookings-FT Tracking Index for the Global Economic Recovery, as shown above, signals a downturn in real economic activity both in developed and emerging economies.

The main concern is the level of indebtedness across the developed world. This will limit the ability of central banks to counteract a slowdown in growth. World-wide, central banks in developed countries have kept interest rates very close to zero. The United States was the only country that attempted to normalise their interest rates in 2018. The Federal Reserve Bank have now concluded that there will be no further rate hikes in 2019.

Should the US decide to cut interest rates investors will seek out riskier assets ranging from higher yielding bonds to equities. This could lead to an inflow for emerging market economies, including South Africa.

The paradox that is South African economics 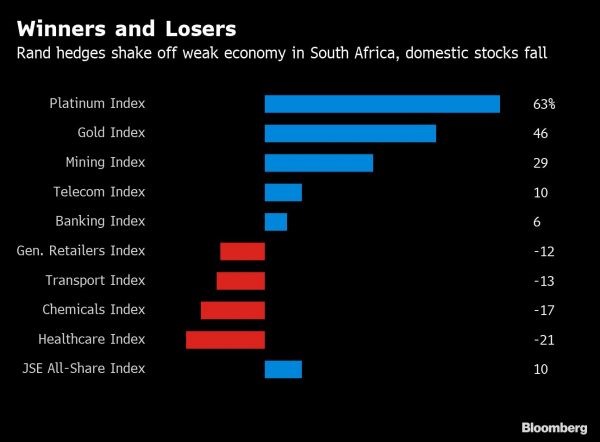 In the first half of 2019 we saw a contradiction in the South African markets. Economic growth for the first quarter declined by 3.2%, the biggest decline since the global financial crisis. However, the South African stock market had its best start to a year in 12 years.

The economic downturn was mainly caused by double-digit declines in agriculture and mining.   Analysts do not expect the economy to remain in decline. However, the expected growth of about 1% for this year is still bitterly disappointing given the enormous challenges.

In the equity market, resources and industrials yielded double-digit gains of 20.7% and 11.2% respectively. The commodities market has benefited from a weaker dollar and central banks’ continued support for their respective economies. The industrials sector is dominated by companies with operations outside South African borders. Naspers is up 21% for the year and is by the far the biggest contributor to this sector. It once again illustrates that the South African equity market is not dependent on the South African economy but rather on the wellbeing of the global companies dominating the index.

If we see some policy certainty from the new government, we could see an uptick in SA specific stock.  These have been struggling for some time with share prices for the shares of banks and local industrial companies being severely depressed.

Another disappointing development is the uncovering of fraud at respected companies such as Tongaat Hulett and EOH. It highlights that the moral decay in South African society is not limited to government. It is not unusual to see these fraud clusters at certain times in the markets. We would not be surprised to see more of these activities come to light given the focus on corporate governance after the Steinhoff debacle.

With uncertain outcomes you have only one defense – portfolio diversification across asset classes and geographies. It is not a time for big bets.

It is in these uncertain times when irrational, investor behaviour starts to sound logical, even for the experienced investor. Moving your money into cash to await the outcome or switching into global assets all at once may sound like reasonable strategies, but we strongly believe that this could be destructive in the long run.

It’s Benjamin Graham that said: “The investor’s chief problem and even his worst enemy is likely to be himself.”